On July, 29, Shoreline City Council voted to place a bond measure on the November 5, 2019, general election ballot to construct a new aquatics, recreation and community center and to make park improvements in four neighborhood parks. Below is the text of the ballot measure.

The City Council of the City of Shoreline adopted Ordinance No. 866 concerning a new aquatic and community center and neighborhood park improvements. This proposition authorizes the City to acquire property and construct an aquatic and community center for senior, youth, and family activities, including classroom/exercise space, recreation/lap pools, gymnasiums, indoor walking/jogging track, and a commercial kitchen; construct park amenities, playgrounds, splash-pads, and/or trails in parks; issue up to $103,600,000 of general obligation bonds maturing within 20 years to finance and refinance such projects; and levy annual excess property taxes to repay such bonds, as provided in Ordinance No. 866.

Should this proposition be approved:

If approved by Shoreline voters, this proposition authorizes the construction of the Shoreline Aquatics, Recreation, and Community Center (ShARCC) [to be located at 17828 Midvale Avenue N] and improvements to four neighborhood parks.

The ShARCC would replace the almost 50-year-old Shoreline Pool and the 70 plus year-old Spartan Recreation Center.
The proposed ShARCC is expected to be approximately 75,000 square feet and include:

The four neighborhood parks that will get improvements are: Brugger’s Bog, Hillwood, Richmond Highlands, and Briarcrest Community Park (Hamlin East). Park improvements include such things as playgrounds, splash-pads, multi-sports courts, trails and a fully accessible play area for people of all physical abilities.

If approved, Proposition 1 will authorize the City to issue up to $103,600,000 in general obligation bonds to finance and refinance these projects, including the acquisition of land, and set excess property taxes to repay those bonds. The bonds would mature within 20 years. Although the exact amount of property taxes per household necessary to repay the bonds will depend on interest rates and property values, the City estimates the additional annual property tax rate for the owner of a median valued home ($480,000) would be $244 per year, or $20 per month. 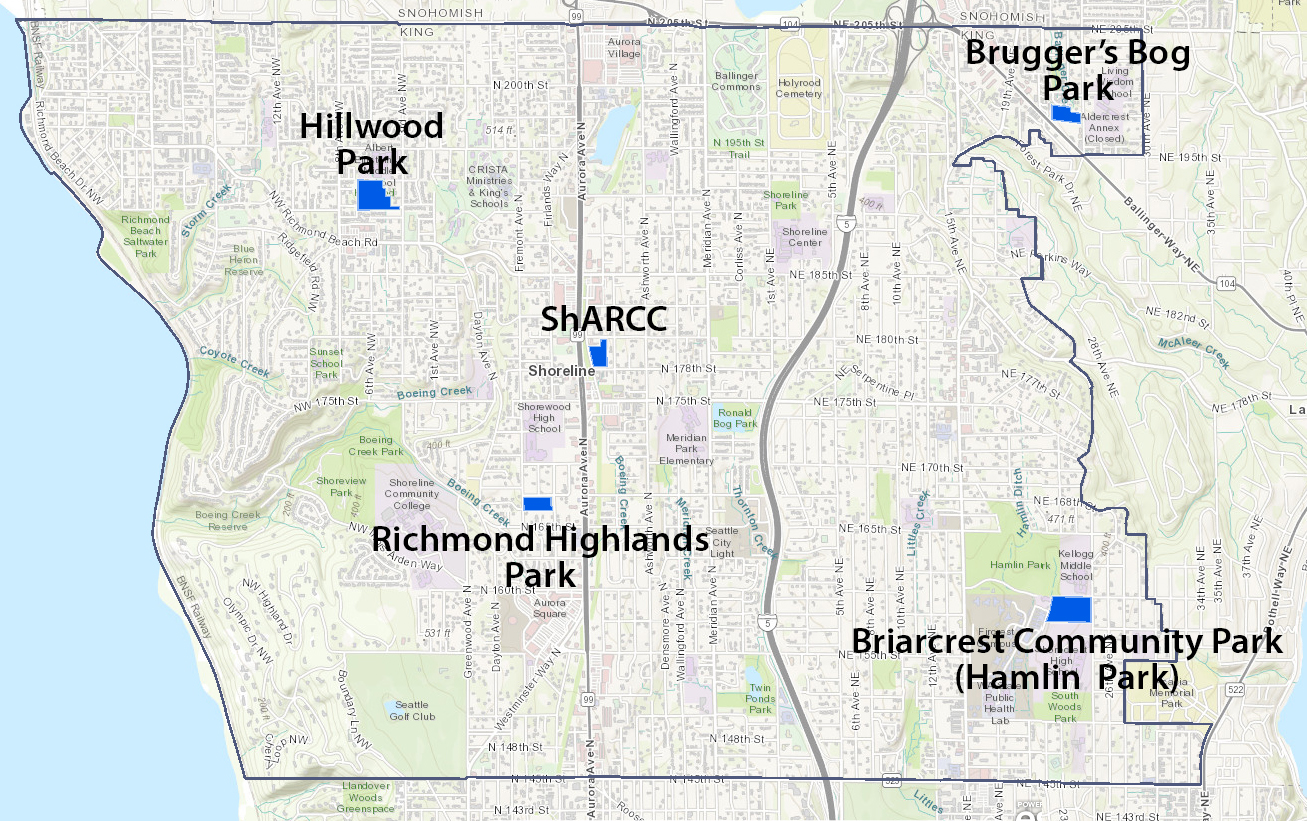 Interactive map showing location of proposed Shoreline Aquatics, Recreation, and Community Center (ShARCC) and parks that will receive improvements. (Best if used with Chrome or Firefox.)

The City is hosting two informational meetings on Proposition 1