Currents - A complete archive of the City's newsletter.

Shoreline and Woodway negotiate an agreement on Point Wells concerns

After years of working separately with Snohomish County and BSRE, the City of Shoreline and the Town of Woodway have agreed to unify their approach and work together to evaluate and address the impacts of BSRE’s proposed redevelopment of Point Wells. The cities believe there is a realistic way to achieve a successful and sustainable redevelopment of Point Wells that enhances the character of the surrounding communities. However, both cities agree that BSRE’s current “Urban Center” proposal does not adequately consider the environmental conditions at the site or the transportation infrastructure that will serve the site.

The cities agree that redevelopment of Point Wells must respect the transportation level of service standards mutually agreed upon by our communities. Redevelopment must protect Puget Sound views, establish public access to the waterfront, and adequately address the landslide hazard risks associated with the site. Any redevelopment at Point Wells must also provide the infrastructure improvements needed to reduce the impacts of such redevelopment.

To achieve this goal, the cities have been working towards incorporating these concepts into an agreement. A final agreement will resolve existing areas of conflict between the cities to the benefit of both communities and their taxpayers. The proposed agreement will address traffic and transportation, development standards, annexation, and sewer utility service.

Shoreline and Woodway recognize the importance of allowing the public to view and comment on any proposed Agreement. Accordingly, each city has scheduled a public discussion with their respective city Councils in open public session on Monday, September 23. A draft of the agreement will be available on each city’s website in early September for public review.

Although the cities are committed to resolve these issues in a collaborative manner, Point Wells is in unincorporated Snohomish County and BSRE’s Urban Center permit application is being processed by Snohomish County. The cities are not in control of the review and approval process. We also note that a court recently ruled that BSRE has until mid-December to attempt to correct deficiencies to their Urban Center permit application. 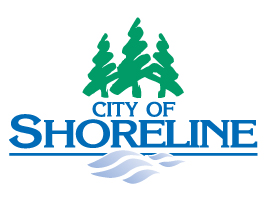